Every cryptocurrency has its purpose, strengths, and limitations. Here's what you should be looking out for when considering trading in these popular coins.

Despite the rainbows of promises touted by the creators of the likes of Bitcoin and Ethereum, these top cryptocurrencies also have their drawbacks. For anyone who is trading cryptocurrency or looking to buy some of their own on a crypto exchange in Singapore, it’s imperative to have an understanding of the pros and cons of the most popular digital currencies around.

Truly, Bitcoin has seen better days, but the original still hail king in the scene of cryptocurrency. In terms of market capitalisation, Bitcoin reigns supreme. As the best-known cryptocurrency, trading in Bitcoin is highly accessible, information is quite readily available, and it is credible in the sense that everyone knows what Bitcoin is. However, Bitcoin is plagued by issues such as comparatively slow transaction speeds. And if you’re thinking of mining your own, know it’s not that easy because doing so requires specialist mining equipment.

Second in popularity and market capitalisation to Bitcoin, Ether is the cryptocurrency that powers Ethereum, a blockchain network that also runs thousands of other decentralised applications. There’s a wide range of uses for ETH within the Ethereum network, which also deters spamming from hackers by destroying a small amount of ether for each transaction. One main advantage of ETH over Bitcoin is the fast transaction speeds. However, the unlimited supply of ETH may lead to highly volatile and inflationary prices.

Created just two years after Bitcoin, Litecoin was designed to be a ‘lighter’ version of Bitcoin, as described by its founder, former Google employee Charlie Lee. Litecoin sets itself apart by addressing the major problems of Bitcoin, with a supply that is four times greater than Bitcoin’s, as well as significantly faster processing times. However, Litecoin’s reputation has taken a few hits due to controversies and its widespread use on the dark web, affecting the Litecoin price in Singapore and worldwide. As demand falls for Litecoin, this is making mining new coins less profitable.

Unlike the other cryptocurrencies we’ve discussed, Tether is a stablecoin backed by the US dollar. By definition, this means that the value of Tether should be less volatile, and there would be less risk of it losing its value. Since its creation in 2014, Tether has been regarded as quite reliable and stable. However, Tether is not as transparent about its workings compared to other cryptocurrencies, making it difficult to ascertain the security of its coins. Another limitation is that Tether is not divisible, so its smallest transactable amount is 1 USDT.

XSGD is a stablecoin pegged to the Singapore Dollar and runs on the Ethereum, Zilliqa, and Polygon blockchains. Created to reduce cross-border transaction fees as compared to traditional remittances, XSGD is readily available to trade in cryptocurrency exchanges in Singapore, providing an appealing alternative to other USD-backed stablecoins. While supposedly more stable than other cryptocurrencies, data shows that XSGD is still susceptible to market demands.

StraitsX released XIDR, its second stablecoin after XSGD – one that is pegged to the Indonesian Rupiah and runs on the Zilliqa and Ethereum blockchains. While XIDR is the only stablecoin not issued by an exchange and is relatively new to the market (being launched in November 2021), it aims to be the most affordable Indonesian Rupiah stablecoin available with transfer out fees capped at 50,000 XIDR and free bank transfers in and out.

This is only the tip of the iceberg on all the cryptocurrencies there are in the world today. Traders looking to take cryptocurrency seriously ought to be familiar with the ins and outs of the currencies they are trading in. Besides just value and price, it may also be worth looking at the philosophy and promises of each cryptocurrency, such as why they were made and who they are made for.

Digital payment token investments, such as cryptocurrencies, are not guaranteed by service providers or cryptocurrency exchanges and the government. It is crucial to exercise caution in investing, including the awareness that a part or all of the capital may be lost and may not be recovered especially in cases of high price volatility or down market, bankruptcy, seizures and other factors. Hence, the user’s risk tolerance, investment appetite or capacity for loss should be set firstly and they should observe safe and knowledgeable investment practices accordingly. For more information, please visit MAS' website.

Coinut.com is a financial entity regulated as a Money Services Business in Canada and an exempt entity under the Payment Services Act in Singapore. Please be reminded that cryptocurrency trading is highly risky and is not suitable for the general public. For more information please refer to Risk Warnings and Risk Statements 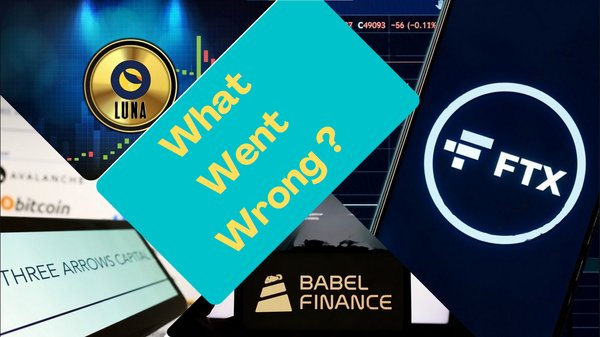 The fall of LUNA Crypto, Three Arrows Capital (3AC), Babel Finance and FTX crypto exchange demonstrate the importance of mitigating risks in cryptocurrency investments. Here are the brief accounts of the biggest cryptocurrency crashes this year. 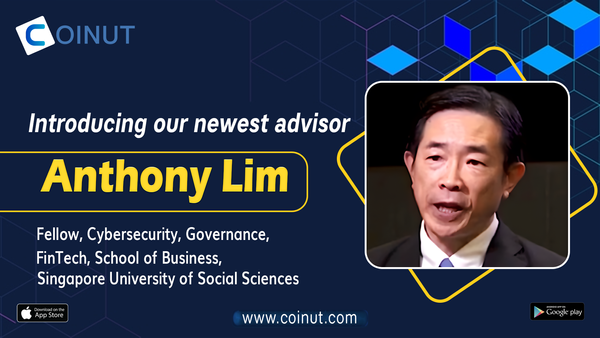 Coinut (Coins U Trust) welcomes a veteran in cybersecurity and governance in Singapore and the Asia region as a financial advisor to cybersecurity needs and demands of the cryptocurrency exchange platform, following Coinut’s security-first approach.